Death on the Nile by Agatha Christie

The A.B.C. Murders by Agatha Christie

Give and Take by Adam Grant

How to Talk So Your Kids Will Listen by Adele Faber, Elaine Mazlish

The Name of the Wind by Patrick Rothfuss

Clanlands: Whisky, Warfare, and a Scottish Adventure Like No Other by Sam Heughan, Graham McTavish, Charlotte Reather

Murder on the Orient Express by Agatha Christie

12 Rules for Life: An Antidote to Chaos by Jordan B. Peterson

The Mysterious Affair At Styles by Agatha Christie

Kafka on the Shore by Haruki Murakami

Autobiography of a Yogi by Paramahansa Yogananda

Way of the Warrior Kid 3 by Jocko Willink

Courage is Calling by Ryan Holiday

The Passion of Command by Bryan McCoy

Dad, How Do I? by Rob Kenney

The Opposite of Spoiled by Ron Lieber

The War of Art by Steven Pressfield

The Addiction Inoculation by Jessica Lahey

A World Without Email by Cal Newport

At Home: A Short History of Private Life by Bill Bryson

The 48 Laws of Power by Robert Greene

Catch Me If You Can by Frank W. Abagnale, Stan Redding

East of Eden by John Steinbeck

I Will Teach You To Be Rich by Ramit Sethi

How To Be Free by A.A. Long, Epictetus

The Lives of the Stoics by Ryan Holiday, Stephen Hanselman

The 4-Hour Chef by Tim Ferriss

Way of the Warrior Kid: Marc's Mission by Jocko Willink

Way of the Warrior Kid by Jocko Willink

To Sell Is Human by Daniel H. Pink

Get Programming with Go by Nathan Youngman, Roger Peppé

Unf*ck Yourself by Gary John Bishop

So Good They Can't Ignore You by Cal Newport

Bird By Bird by Anne Lamott

Everything is Figureoutable by Marie Forleo

A Farewell To Arms by Ernest Hemingway

The Dialogues of Plato: A Selection by William Chase Greene

The Maltese Falcon by Dashiell Hammett

The Art of Thinking by Ernest Dimnet

The Anatomy of Criticism by Henry Hazlitt

Mysteries and Legends of Oregon by James A. Yuskavitch

How to Read a French Fry by Russ Parsons

Islands in the Stream by Ernest Hemingway

Stillness is the Key by Ryan Holiday

Across the River and Into the Trees by Ernest Hemingway

Ego is the Enemy by Ryan Holiday

To Have and Have Not by Ernest Hemingway

The Rise and Fall of DODO by Neal Stephenson, Nicole Galland

Phoenix in Action by Geoffrey Lessel

The Emperor Wears No Clothes by Jack Herer

Grace Hopper and the Invention of the Information Age

HTTP/2 In Action by Barry Pollard

The Life of Andrew Jackson by Marquis James

Elixir In Action by Saša Jurić

Men Without Women by Haruki Murakami

The Obstacle is the Way by Ryan Holiday

The Old Man and the Sea by Ernest Hemingway

Men Explain Things to Me by Rebecca Solnit

Letters to a Young Contrarian by Christopher Hitchens

The Gift of Failure by Jessica Lahey

Mindfulness for Beginners by Jon Kabat-Zinn

A River in Darkness by Masaji Ishikawa

For Whom The Bell Tolls by Ernest Hemingway

The Richest Man in Babylon by George S. Clason

The Naturalist by Andrew Mayne

Eat to Live by Joel Fuhrman

The Elements of Style by William Strunk Jr

Soul of a Citizen by Paul Rogat Loeb

The Internet of Money, Vol 2 by Andreas M. Antonopoulos

The Internet of Money, Vol 1 by Andreas M. Antonopoulos

Robert Oppenheimer: A Life Inside the Center by Ray Monk

The Snows of Kilimanjaro by Ernest Hemingway

Elon Musk: Tesla, SpaceX, and the Quest for a Fantastic Future by Ashlee Vance

Between The World and Me by Ta-Nehisi Coates

The Left Hand of Darkness by Ursula K. Le Guin

The Road to Little Dribbling by Bill Bryson

The Righteous Mind by Jonathan Haidt

The Mysterious Affair At Styles by Agatha Christie

Remains of the Day by Kazuo Ishiguro

Murder on the Orient Express by Agatha Christie

Scaling Up Excellence by Huggy Rao, Robert I. Sutton

Killers of the Flower Moon by David Grann

The System of the World by Neal Stephenson

The Long Dark Tea-Time of the Soul by Douglas Adams

The New Father by Armin A. Brott

If Chins Could Kill by Bruce Campbell

Ghost in the Wires by Kevin Mitnick

Symphony for the City of the Dead: Dmitri Shostakovich and the Siege of Leningrad by M.T. Anderson

Memoirs of a Geisha by Arthur Golden

Public Radio Behind The Voices by Lisa A. Phillips

American on Purpose by Craig Ferguson

The Garden of Eden by Ernest Hemingway

Filters Against Folly by Garrett Hardin

The Zen Programmer by Christian Grobmeier

Reminiscences of a Stock Operator by Edwin Lefèvre

The Man in the High Castle by Phillip K. Dick

The Confusion by Neal Stephenson

The Rewind Files by Claire Willett

The Millionaire Next Door: The Surprising Secrets of Americas Wealthy by Thomas J. Stanley

Presto!: How I Made Over 100 Pounds Disappear and Other Magical Tales by Penn Jillette

The Expectant Father by Armin A. Brott, Jennifer Ash

The Diamond Age by Neal Stephenson

The Big U by Neal Stephenson

Name of the Devil by Andrew Mayne

The Innovators by Walter Isaacson

The Everything Store by Brad Stone

The Better Angels of Our Nature by Steven Pinker

The Tipping Point by Malcolm Gladwell

Ready Player One by Ernest Cline

The Martian by Andy Weir

The World According to Garp by John Irving

How We Got to Now by Stephen Johnson

The Right Stuff by Tom Wolfe

A Spell for Chameleon by Piers Anthony

The Paradox of Choice: Why More Is Less by Barry Schwartz

Fugitives and Refugees: A Walk in Portland, Oregon by Chuck Palahniuk

Mastermind: How to Think Like Sherlock Holmes by Maria Konnikova

The Alienist by Caleb Carr

Quiet: The Power of Introverts in a World That Can't Stop Talking by Susan Cain

Going Clear: Scientology, Hollywood, and the Prison of Belief by Lawrence Wright

The Money Book for Freelancers by Denise Kiernam, Joseph D'Agnese

Nothing Like it in the World by Stephen E. Ambrose

Year of the King by Antony Sher

The Idea Factory by Jon Gertner

For Us The Living by Robert Heinlein

Tesla: Man Out of Time by Margaret Cheney

The Rise and Fall of the Third Reich by William L. Shirer

A Brief History of Time by Stephen Hawking

The Mongoliad by Neal Stephenson

Some Remarks by Neal Stephenson

How the Irish Saved Civilization by Thomas Cahill

Where the Red Fern Grows by Wilson Rawls

Lords of the North by Bernard Cornwell

The Pale Horseman by Bernard Cornwell

A Confederacy of Dunces by John Kennedy Toole

The Last Kingdom by Bernard Cornwell

Destiny of the Republic by Candice Millard

The Gunslinger by Stephen King

The Sky is Not the Limit by Neil Degrasse Tyson

Cutting for Stone by Abraham Verghese

The Omnivore’s Dilemma by Michael Pollan

Stranger in a Strange Land by Robert Heinlein

The Road by Cormac McCarthy

The Hunger Games by Suzanne Collins

World Without End by Ken Follet

In the Garden of Beasts by Erik Larson

A Visit from the Goon Squad by Jennifer Egan

The Spirituality of Imperfection by Ernest Kurtz, Katherine Ketcham

On Top of the World by Tom Barbash

Harry Potter and the Deathly Hallows by J.K. Rowling

Harry Potter and the Half-Blood Prince by J.K. Rowling

A Connecticut Yankee in King Arthur’s Court by Mark Twain

The Golden Compass by Phillip Pullman

The Second Objective by Mark Frost

The Girl Who Played with Fire by Stieg Larson

The End of Faith by Sam Harris

The Girl with the Dragon Tattoo by Stieg Larson

The Honor of the Queen by David Weber

On Basilisk Station by David Weber

Devil in the White City by Erik Larson

That Hideous Strength by C.S. Lewis

State of Fear by Michael Crichton

The Almost Moon by Alice Sebold

The Hitchhiker’s Guide to the Galaxy by Douglas Adams

Dreams from my Father by Barack Obama

Einstein: His Life and Universe by Walter Isaacson

Proust was a Neuroscientist by Jonah Lehrer

Confessions of an Economic Hitman by John Perkins

Water for Elephants by Sara Gruen

Listening is an Act of Love by Dave Isay

Naked in Death by J.D. Robb

Ziegfeld: The Man Who Invented Show Business by Ethan Mordden

The Difference Engine by William Gibson

I didn't start journaling my reading until 2009; though I wish I had started when I was much younger. 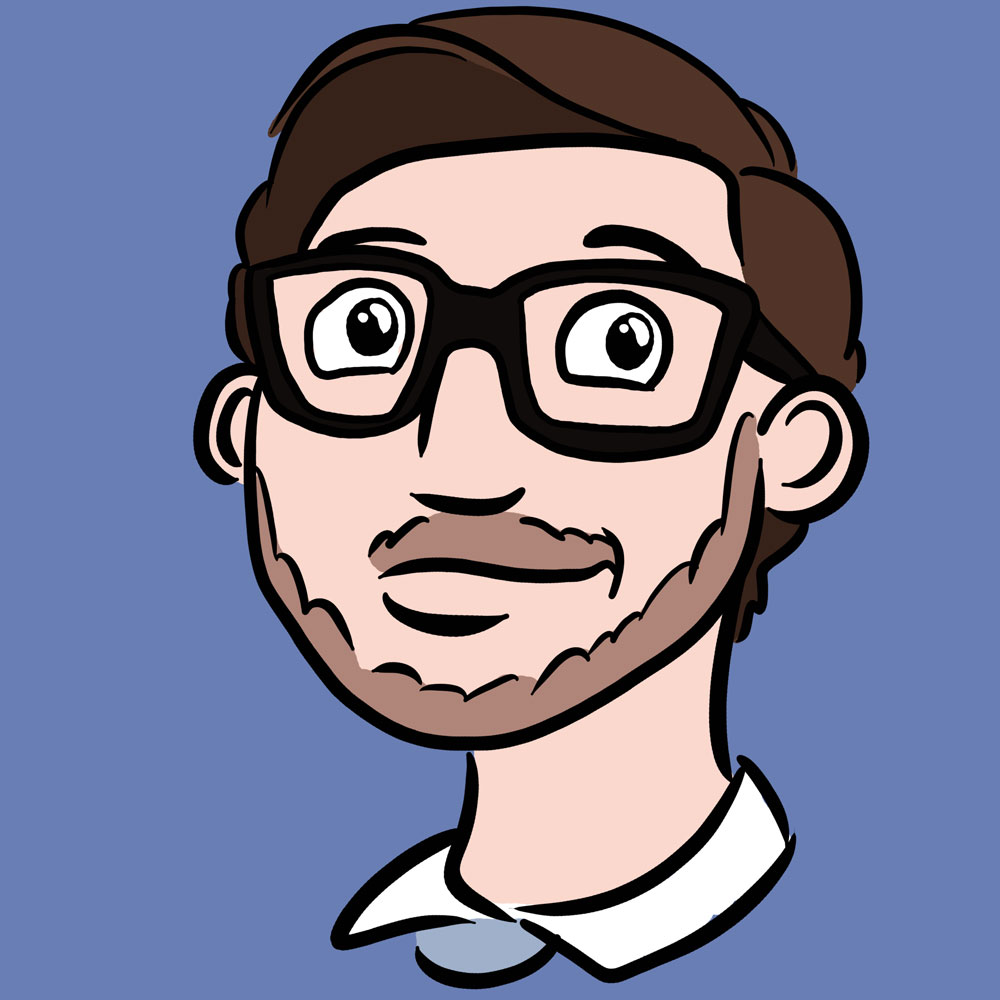 Photo by Fabio Traina on Unsplash